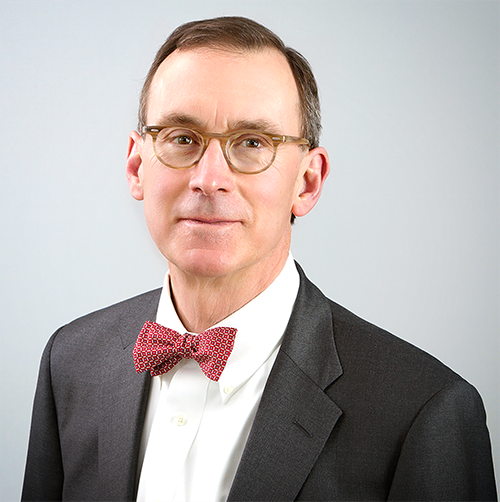 Gerry Johnson has long represented clients in the development of civic projects; he additionally serves in leadership positions for several philanthropic organizations.

Gerry Johnson’s law practice focuses on major community projects, particularly those involving the participation of the public and private sectors. Gerry has been counsel to projects ranging from initial development and expansion of the Seattle Art Museum; the recovery of the downtown Seattle retail core anchored by the Nordstrom flagship store and Pacific Place; T-Mobile Park and Lumen Field; the Museum of Flight; the Pike Place Market, including the recently completed MarketFront addition; and the transfer of the Washington State Convention Center from state control to a county public facilities district and its substantial expansion currently under construction.

He counseled the Museum of History & Industry (MOHAI) with respect to all aspects of its move to its highly acclaimed new home in Lake Union Park; Seattle Opera on its new facility at the Seattle Center; and the Seattle Art Museum on the complete renovation of its Seattle Asian Art Museum at Volunteer Park. Gerry also works with many smaller communities throughout Washington including Tacoma (redevelopment of Foss Waterway uplands); and Port Townsend (long‑term lease of the historic campus at Fort Worden from State Parks for use as an independent Lifelong Learning Center). He recently supported the Washington State Major League Baseball Stadium Public Facilities District in its T-Mobile Park lease negotiations with the Seattle Mariners. Gerry also represents a joint venture of the Tacoma Rainiers and the Seattle Sounders pursuing the development of a professional grade soccer stadium in Tacoma.

Gerry is a past board chair of the (Pike Place) Market Foundation and Forterra (formerly Cascade Land Conservancy), both of which he helped to form. For years, Gerry has been prominent within regional leadership of numerous initiatives to preserve open space and natural areas and create and support public parks. He also is past chair of the Woodland Park Zoological Society board, and was instrumental in the transition of the management of the Zoo from the Seattle Parks Department to the Society. Gerry served 12 years as a trustee of the Bullitt Foundation, a substantial regional foundation focused on the environment. He currently serves on the boards of the Seattle Parks Foundation and the Downtown Seattle Association. After many years of providing citizen leadership on the evolution of the City of Seattle’s central waterfront project that will transform the relationship of the Seattle CBD with its historic waterfront in the wake of the Alaskan Way Viaduct, Gerry now serves as co-chair of City’s Oversight Committee advising the Mayor and City Council on project implementation.

Gerry completed a five-year term as managing partner of Preston Gates & Ellis, a predecessor firm to K&L Gates, at the end of 2004. He also co-founded and served as board chair of Attenex, a successful Seattle-based legal services software developer, that was acquired by FTI in 2008. Earlier, he was a legislative assistant to the Seattle City Council, and legislative assistant and administrative assistant/chief-of-staff to former U.S. Senator Warren G. Magnuson.