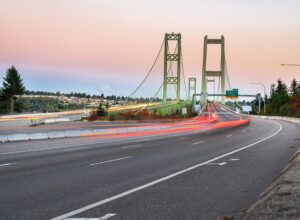 The Infrastructure Investment and Jobs Act (IIJA) was signed into law on November 15, 2021

On November 15, 2021, President Biden signed into law the Infrastructure Investment and Jobs Act (the “IIJA” or “Act”). The IIJA authorizes approximately $1.2 trillion in total spending, including $550 billion in new investments for roads and bridges, transit, clean energy infrastructure, ports, airports, the electric grid, water systems, and broadband. In addition, the Act provides for increased use of private activity bonds (“PABs”) and streamlines existing federal infrastructure loan programs, as further summarized below.

The Act adds two new categories of projects eligible to be financed through the issuance of tax-exempt PABs, and expands capacity for the issuance of PABs for highway and surface freight transportation facility projects.

Broadband Projects. The IIJA expands the federal tax code’s list of eligible, tax-exempt PABs to include bonds issued for broadband deployment projects in areas where a majority of households currently lack broadband access. The Act further provides that, for PABs financing private broadband projects, 75% of the bonds’ par value will be exempt from state volume caps on the amount of PABs that may be issued each year. Government-owned projects will be entirely exempt from volume cap requirements.

Public Finance 2022 Year in Review: New Tools and Other Updates