Get to Know Pacifica – Jon Jurich

This week in Pacifica’s “Get to Know” series, we are highlighting partner Jon Jurich. Jon’s practice is concentrated in public finance and general municipal law, with an emphasis on nonprofit and affordable housing issues. 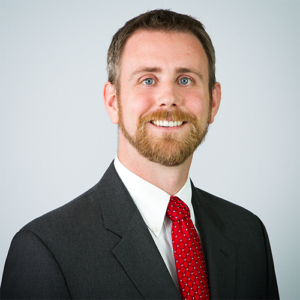 Why did you choose your area of practice and what do you like most about it?

As my friend and colleague Erik Jennings noted in this space, there was a bit of preparation meeting opportunity that led to me working in public finance. I knew I wanted to do collaborative, transactional work when I graduated from law school, and finding out there was a way to do that work with government entities and terrific people to improve my local and state community created a logical pathway forward to the world of public finance.

Why did you choose to practice law at Pacifica Law Group?

My background repeatedly focused me on being and growing into a “person for others” (I spent a decade on Jesuit campuses), and my first job was in an organization with a large reach but a tightly knit office environment where my colleagues focused on the values that bound us together as an organization. The opportunity to work in a firm with similar values, focused on being a part of the local community and improving that community, resonated with me as a way to live my personal beliefs in connection with building my career.

What kinds of volunteer, philanthropic, or community events are important to you?

I currently serve on the Board of Directors for the Seattle Public Library Foundation, which Pacifica has been generously supporting for years, including through recent contributions to support the Foundation’s Equity and Access Fund. Within my board capacity, I have served on the Donor Relations & Communications Committee and the Advocacy Committee, and have participated in the Foundation’s DEI Deep Dive Workgroup over the last year.

I also hold several roles with the National Association of Bond Lawyers, including serving as the incoming Chair of the General Law & Practice Committee after serving as Vice Chair in 2021-22 and chairing the Multifamily Housing panel at the NABLU Workshop for the last several years.

For each of the last three years, I have participated in the Chambers Bay Solstice raising funds to support The First Tee chapters in the Puget Sound region. This year I walked roughly 30 miles, took several hundred golf swings and played 73 holes at Chambers Bay in a single day and raised almost $5,000 for the cause; over the 3 years I have participated, that number is over $10,000.

What hobbies and activities do you participate in outside of work?

I’m a bookworm, a golfer, a sports nut, and I like to cook good food and find fun wineries to support. I also have been cooking over video calls with my nieces in Cleveland for the last few years, sneaking in math, literature and problem solving lessons while being “Cool Uncle Jon.”

What is something others might find surprising about you?

I have a master’s degree in Irish Literature and Culture, which many people seem to find surprising because I ended up as a lawyer. Inexplicably, I struggled to find folks who wanted to hire me for my knowledge of 20th century Irish kitchen dramas and so I had to go to law school.

Get to Know Pacifica – Christopher Sanders

Get to Know Pacifica – Deanna Gregory