Initiative 976 Struck Down as Unconstitutional 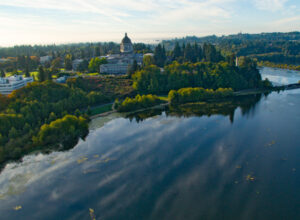 The Court’s comprehensive rejection of Initiative 976 preserves critical state and local transportation funding sources and the public projects that depend on them – all to the benefit of the traveling public.

In a attempt to impose “$30 car tabs” in Washington, Initiative 976 reduced or repealed multiple vehicle fees and taxes (some of which were voter-approved), repealed the existing statutory mechanism for voter approval of taxes and fees in the future, and purported to require Sound Transit to retire, defease, or refinance existing bonds funded by previously voter-approved motor vehicle excise taxes.  The Washington Supreme Court on October 15, 2020 held that I-976 violated article II, section 19’s single subject and subject-in-title requirements.

The Court first unanimously concluded that the subject expressed in Initiative 976’s ballot title is “limiting vehicle taxes and fees.”  The Court then held that the Initiative’s specific directive to Sound Transit purporting to require it to retire, defease, or refinance its bonds was not germane to limiting vehicle taxes and fees and, thus, was an unconstitutional second subject.  In doing so, the opinion synthesized prior authority on the single subject rule and adopted a useful framework proposed by the coalition plaintiffs for applying this rule in the future: A measure will raise constitutional single subject concerns where it (1) combines a specific one-time required action with a broader general systematic change in the law or (2) combines unrelated local and statewide effects.  Initiative 976’s directive to Sound Transit, combined with the remainder of the Initiative’s changes to vehicle taxes and fees more generally, exhibited both of these flaws.

Eight justices of the Court also agreed that I-976 violated article II, section 19’s subject in title requirement because it was deceptive and misleading.  The majority opinion focused on the ballot title’s claim to “limit annual motor-vehicle-license-fees to $30, except voter-approved charges,” and determined that the average informed lay voter reading that language would not think the measure eliminated charges previously approved by voters or eliminated the statutory mechanism for voters to approve charges in the future.  Because Initiative 976 in fact did both of those things, the ballot title was deceptive and misleading in violation of the subject in title rule.

The Court’s comprehensive rejection of Initiative 976 preserves critical state and local transportation funding sources and the public projects that depend on them – all to the benefit of the traveling public.

Communicating with Bond Investors During COVID